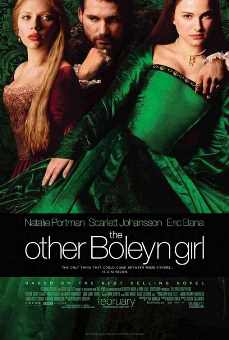 Storyline: King Henry VIII of England and his wife Katherine of Aragon are having marital problems over the inability to sire a male heir. Henry summons the Boleyn family – parents Sir Thomas and Lady Elizabeth, and their three children George, Anne and Mary, who are all approaching adulthood – to his court. The Boleyn’s original plan is to have Anne, the headstrong and outspoken one of the daughters, be Henry’s mistress. After initial misgivings, Anne pursues this liaison as a means for her eventually to marry into royalty on Henry’s approval. However, Henry instead has his eyes on the more innocent Mary, despite her already being married to the equally innocent William Carey. Sir Thomas and the Duke of Norfolk, Lady Elizabeth’s brother, do whatever they can to secure a position of privilege in the royal court by having the Boleyn children do whatever pleases the King, much to the dismay of Lady Elizabeth, who herself was born into nobility but gave it up to marry Sir Thomas for love. Sir Thomas and the Duke’s ultimate goal is for a Boleyn girl to produce a son with the King. Anne and Mary, based on their own personalities, take different paths, which sometimes places them at odds with Henry, with the people of England, with their family, and with each other.