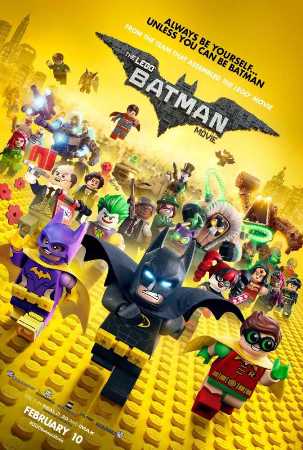 Synopsis: Over Gotham City airspace, two best friend pilots are transporting an insane amount of explosives. They are hijacked by The Joker (voice of Zach Galifianakis) and his minions. Across the city, Joker has set loose some of Gotham’s most notorious criminals, including Harley Quinn (voice of Jenny Slate), Two-Face (voice of Billy Dee Williams), The Riddler (voice of Conan O’Brien), Scarecrow (voice of Jason Mantzoukas), Catwoman (voice of Zoe Kravitz), Poison Ivy (voice of Riki Lindhome), Clayface (voice of Kate Miccuci), Bane (voice of Doug Benson), Mr. Freeze, The Penguin, and some C-list villains like Calendar Man, Gentleman Ghost, and Condiment King. The pilot knows Batman (voice Will Arnett) will stop Joker, but he believes otherwise.

Beneath the city’s central core, Joker has Killer Croc plant a bomb that would level Gotham and plunge it into an abyss. Commissioner Jim Gordon (voice of Hector Elizondo) tries to use the Bat-signal to contact Batman, but Eggman has egged it down. Jim and Chief O’Hara go downtown to spring into action while the villains continue to run amok. Jim meets with Mayor McCaskill (voice of Mariah Carey) before she is airlifted to the central core. Joker and his villains are all gathered to watch the city be destroyed, but the Mayor reveals herself to be Batman in disguise. He proceeds to single-handedly beat down every villain before trying to catch The Joker.

Note: Audio is only in English.